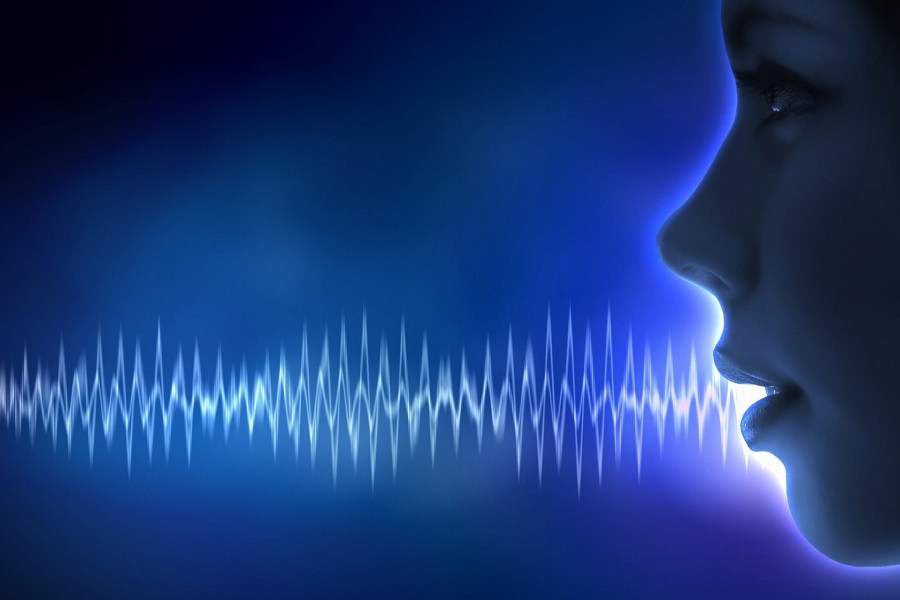 Sound is present in our daily lives throughout the day and night, whether you are aware of it or not.

What are sound waves?

Sound surrounds you and comes from the energy that mediums generate. Mediums generate energy when they vibrate, caused by the vibration of their molecular makeup.

One of the simplest ways to show how molecules vibrate and cause sound waves is to dampen your finger and rub it around the rim of a glass. As you continue to create friction on the glass rim, eventually, it produces sound waves. Vibrations from sound waves reach your ears, interpreting the vibration as sound.

Sound waves produce different pitches depending on the type of medium involved and the extent of the molecular friction that disperses into the air around you.

How do sound waves travel through space? 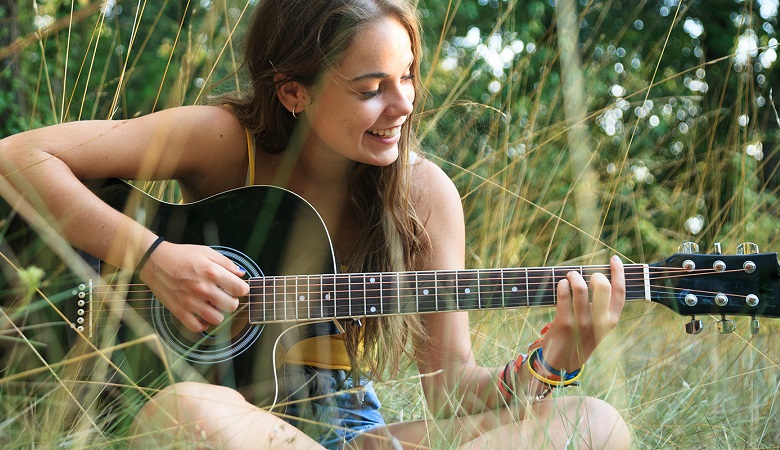 As molecules or particles vibrate under various conditions in various mediums, they create sound waves that cause ripples in the medium. Depending on the pressure and vibration that the medium undergoes, the vibrations reach your ears immediately or not at all.

You hear sound when the ripples of a medium’s molecules vibrate and cause pressure in its vicinity. This pressure creates movement in the surrounding molecules, which transfer the vibration and the sound. When the vibrations reach your ears, they generate pressure in a specific part of the ear, which interprets the sound.

There are several different types of sound waves, some of which you can hear and others that are not discernible to people. Sound waves also have different properties.

These are some of the characteristics of sound waves:

Sound waves are created under the pressure of moving molecules which are audible or inaudible. People can hear sound waves in the range of 20 and 20,000 Hertz (the unit used to measure sound waves).

Infrasound waves exist at under 20 Hz and are inaudible to people. However, many animals can hear and interpret infrasonic waves, such as elephants, alligators, whales, giraffes, hippos, and rhinos, which use these waves to communicate across distances.

Many animals can communicate across hundreds of miles using these sound waves. Scientists also use this wave range to detect earthquakes. 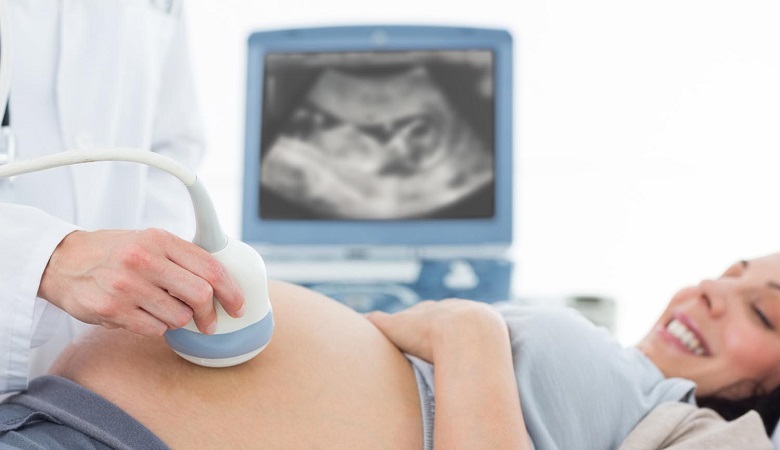 Ultrasound also forms part of contemporary applications such as imaging, navigation, and experimentation. The bat is just one animal that uses ultrasound to hunt its prey and navigate in the dark to avoid hitting obstacles.

Mechanical waves occur when something initiates energy, causing molecular vibrations at varying densities in the medium, which then transfers through the specific medium.

Various mediums also influence how we interpret sound and how sound waves behave. 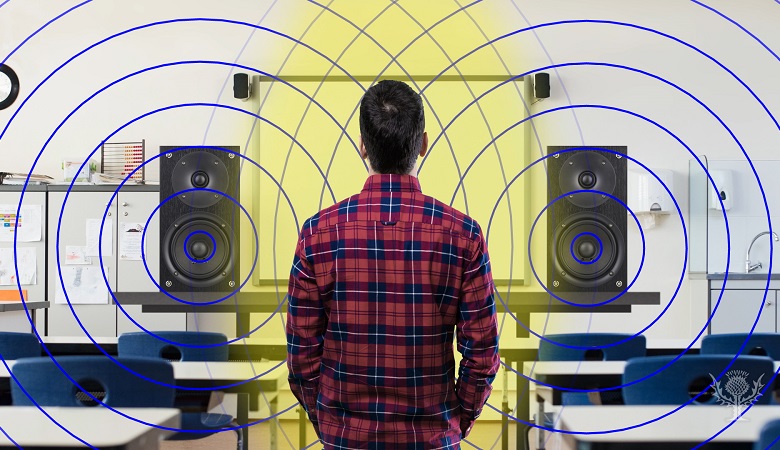 As you may have realized, the medium through which sound travels influences the types of sound waves that vibrations generate.

Various mediums also produce a range of sound waves, depending on their density, temperature, and whatever initiates the vibration, which causes sound waves to travel at differing speeds.

There are three primary mediums through which sound travels:

Sound waves travel the slowest through gases because the molecules in gases are far apart. The magnitude and speed of sound moving through gases relate directly to the type of gas it passes through. Sound wave travel speeds are causally linked with the rate at which molecules vibrate.

Hot molecules disperse even more than cold gas particles. The density or coldness of the gas or the air means that sounds travel more rapidly because molecules in proximity collide faster than those spread out.

When molecules are close together, they also produce a louder sound due to the rapid transference of vibrations, known as compression. The opposite of compression is rarefaction, where the pressure is comparatively low because of the low density of the medium.

Liquids are denser than gases, so sound travels faster through this medium. 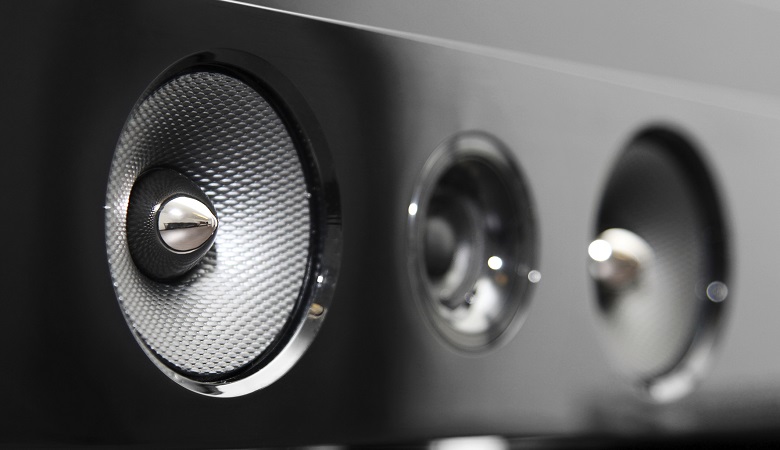 Molecules are tightly packed in solid objects, so any vibration in solid matter travels rapidly. For example, sound travels through metal such as steel 17 times quicker than through air.

Sound waves also create different amplitudes, frequencies, or pitches depending on the medium and whatever is causing the molecules to vibrate. Soprano singers make a high-pitched sound in comparison to bass singers. Sound frequency relies on the volume or number of waves generated, so higher pitches create more sound waves per second.

Explaining sound waves is complex. This article took a simple approach to explain the complexity of sound waves, how sound waves travel, and how various mediums influence sound wave development.

It is fascinating to learn about sound and how sound waves travel through space. It is even more intriguing to find out how various mediums influence the perception or interpretation of sound.

Sound waves are the effect of molecular vibrations that influence surrounding particles or molecules.

How do sound waves travel? When molecules vibrate at various frequencies, they cause the surrounding molecules to vibrate, creating a ripple effect which your ears interpret as sound.