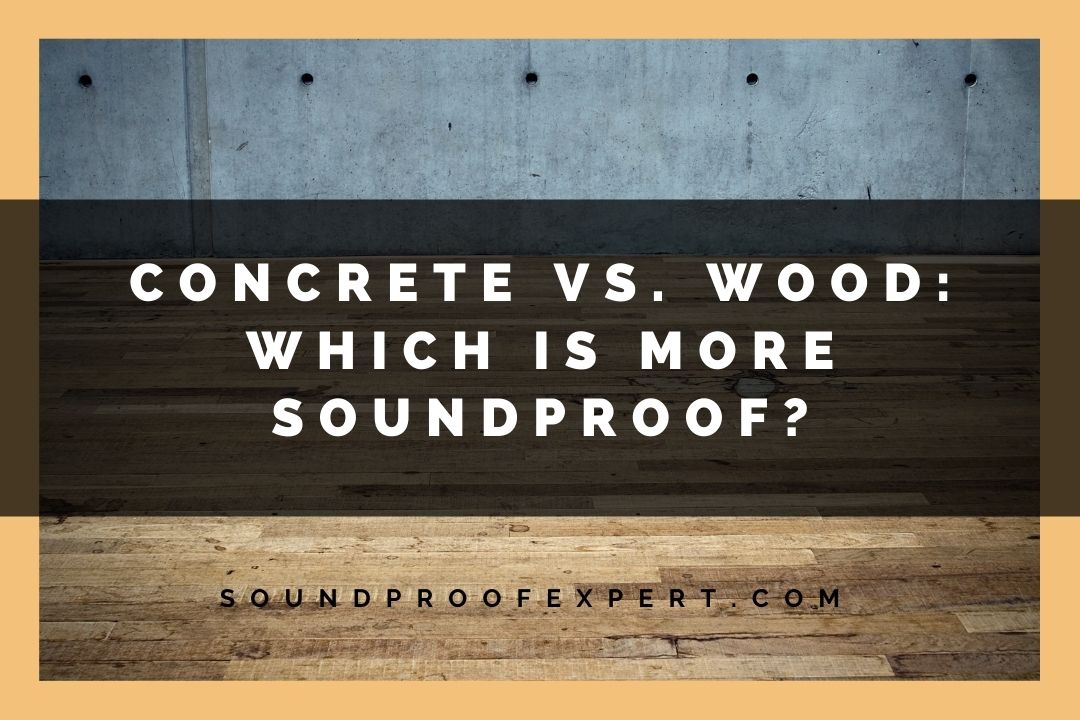 It can be tricky to choose between wood and concrete when it comes to soundproofing. But if you’re familiar with noise control basics, that choice gets easier.

Concrete is more effective at blocking sound than wood because it’s denser and compact. In contrast, wood has better sound absorption qualities because it’s more porous and less dense than concrete. That’s particularly true for engineered wood. You need both materials for optimal noise cancellation.

Read for an insightful discussion on the basics of noise control and an in-depth comparison of the soundproofing qualities of wood and concrete.

Covering the Basics: What Makes a Material Soundproof?

Let’s quickly review soundproofing basics to help you understand the comparison I’ll be doing later on.

The first item on the list is how sound waves behave when they collide with an object: wood or concrete. When sound waves hit a surface, one of these three things will occur:

Typically, the surface material determines which of these three things happens when sound waves collide with it.

When we talk about any material’s soundproofing capabilities, we’re actually referring to its ability to either absorb, transmit, or reflect sound. Materials that transmit sound waves without absorbing or reflecting any of them have the least soundproofing ability.

On the other hand, sound reflective materials block sound waves to prevent sound from entering or exiting a room. The best materials for this purpose are typically dense, heavy, and compact, three properties that leave little space within the material for sound waves to travel through.

What all this means is that when comparing the soundproofing properties of wood and concrete, we’re essentially examining how effective each material is at either blocking or absorbing sound.

Spoiler alert: no material can excel at both. It’s precisely why sound absorption and reflection have distinct roles in noise control. Sure, we have specially engineered composites that can do a bit of both, but those are more of the exception than the norm.

With that out of the way, let’s find out how wood and concrete stack up against each other when it comes to soundproofing.

In a phrase, it depends on what you’re looking to achieve with your soundproofing endeavor.

If you’re looking to block unwanted sounds from entering your home, concrete is a better soundproofing option. On the other hand, wood has better sound absorption capabilities than concrete, making it a better option for controlling echoes in interior spaces. 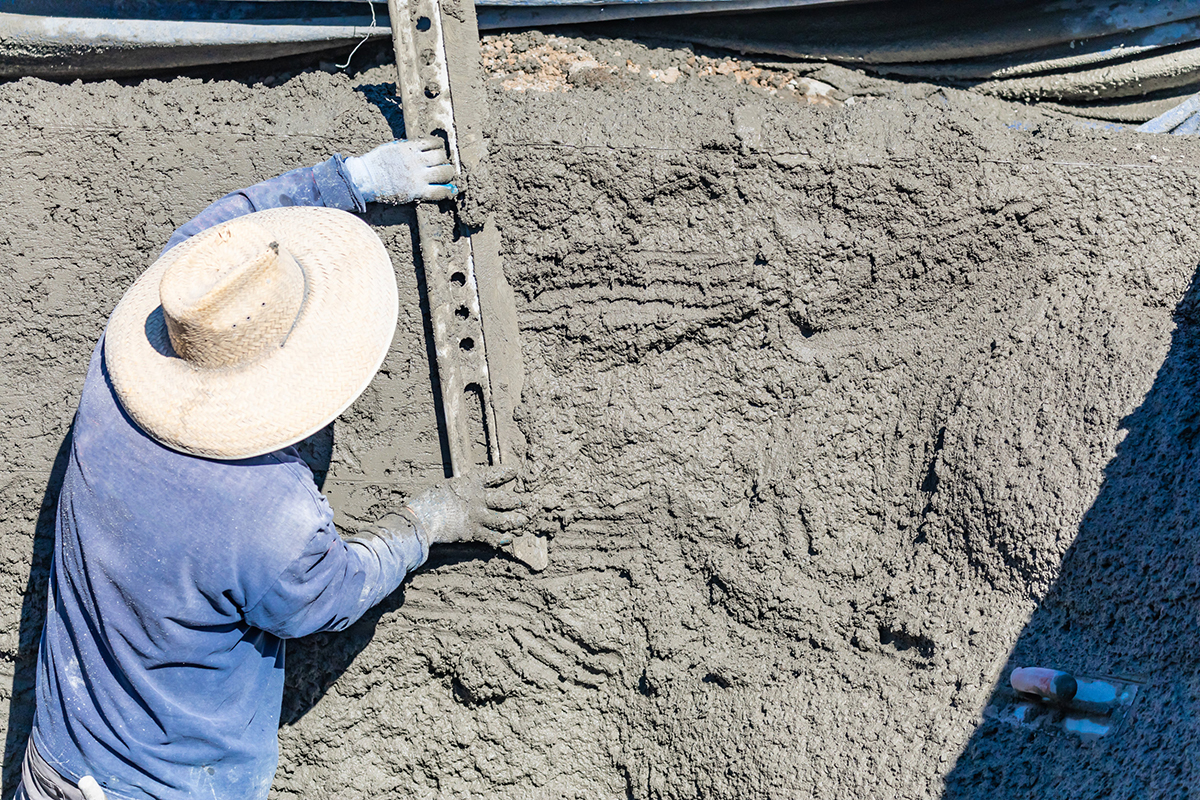 To clarify the above statements, let’s review in greater detail why concrete and wood outperform each other in various soundproofing endeavors.

Why Is Concrete a Better Sound Blocker Than Wood?

Concrete is a better sound blocker because it has a higher density. According to the National Concrete Association, normal-weight, load-bearing concrete masonry units have an average density of at least 2,000 kg/m³ (124.85 pounds/ft³).

Generally, surfaces made of hard, dense, impenetrable materials tend to be better sound blockers because they vibrate less, and sound transmits through vibrations. In other words, such materials require more energy to vibrate enough to let sound through than their less-dense counterparts.

That’s why a concrete perimeter wall that’s not sound-treated will let in less traffic noise than a similar wooden perimeter wall of equal thickness.

The compact nature of concrete also allows it to reflect sound waves away. That’s particularly true for walls with a smooth surface, such as the finished interiors of a concrete house, which tend to reflect mid-to-high frequency sounds.

Concrete walls with an even surface are also effective sound blockers, but for low frequency sounds like bass from a sound system. They do that by breaking the typically long wavelengths of low-frequency sounds with their rough surfaces.

Why Is Wood Better at Sound Absorption Than Concrete?

In a phrase, a combination of a lower density and more porosity than concrete. Let’s tackle how each factor gives wood better sound absorption than concrete.

Research has shown that the sound absorption coefficient increases with a decrease in density. The reverse is true, too. So while being less dense makes wood a worse sound blocker than concrete, it gives it an edge when it comes to sound absorption. 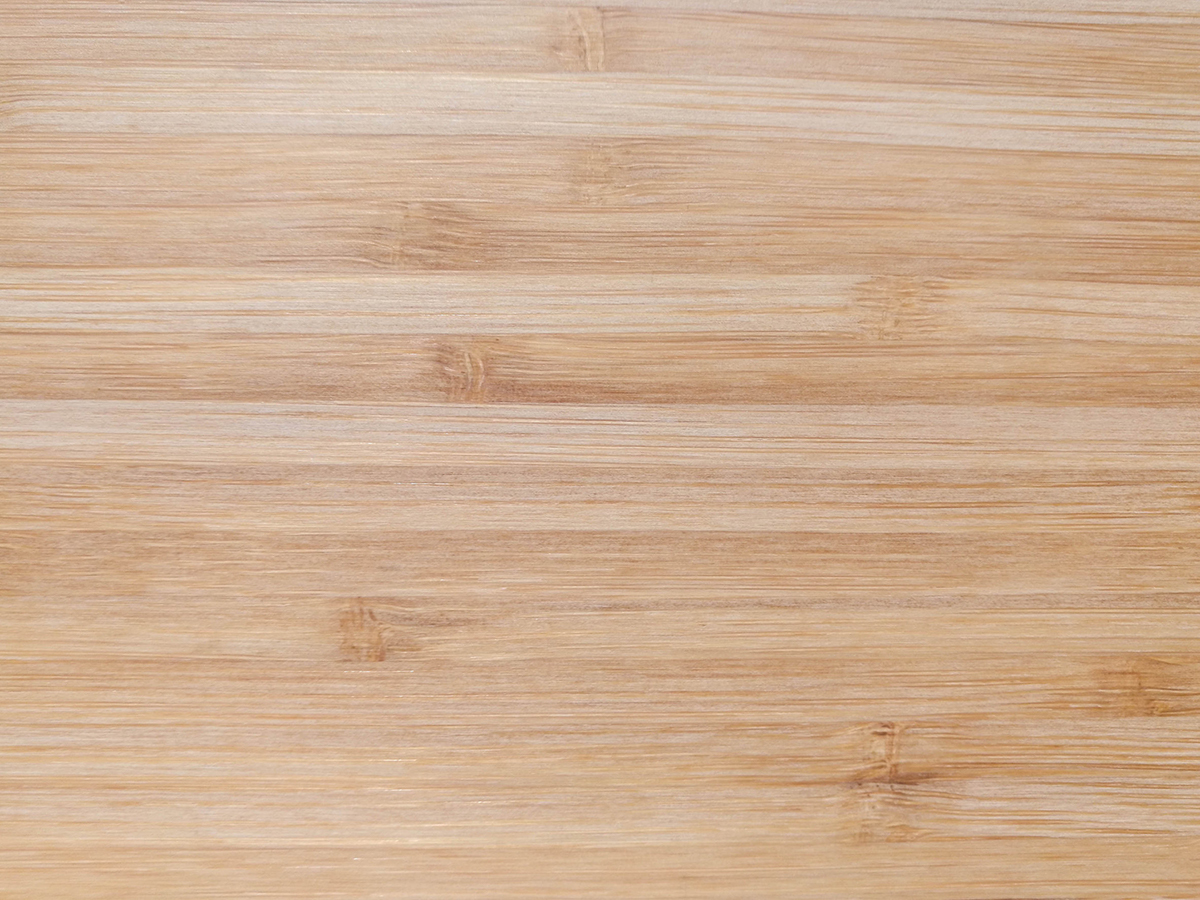 Porosity also plays a part in making wood a better sound absorber than concrete. It’s virtually common sense that a woodblock has more air spaces than a concrete block; we don’t need studies to prove that.

Concrete vs. Wood: What Should You Choose for Soundproofing?

In a nutshell, both. Effective noise control combines sound absorption and blocking, especially in interior spaces. While having a high-density concrete wall may keep external noises away, it can also create echoes, particularly in closed spaces.

The same goes for a concrete floor; it may not vibrate as much as a wooden floor when your downstairs neighbor blasts bassy music, but it can bounce off sound waves from your music system and create reverb.

That’s why you want to pair this kind of wall/floor with a sound-absorbing material. For instance, you can use cork boards as acoustic insulation in a building with concrete walls or floor to control solid borne noise and reverb.

It’s not about picking a winner here; you need both materials for noise control. But if you have to choose, you’ll want to base that choice on what you’re trying to achieve between blocking unwanted sounds and improving the acoustics of interior space.